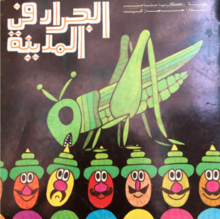 The Armenian genocide of World War I represented the weaponization of an environment, with hundreds of thousands of Ottoman Armenian citizens deported from their homes to the arid expanses what is now Iraq, Syria, and Jordan, and the borderlands region of the Jazira in particular. This chapter contextualizes this event in the Ottoman struggle to administer this region and its moving populations of people and animals before the war. It also explores how while the environment was used to kill, it was also an avenue of escape. An Armenian became the chief locust control officer of the Jazira, for example, using his position not only to kill the distinctive winged raiders of the Jazira, but also to save himself and other Armenians. Still others found pathways to escape when they were taken into the region’s Arabic and Kurdish-speaking nomadic groups, where they occupied positions somewhere between enslaved and beloved family member. The Jazira was a place beyond total state control, and this dynamic made it both a place of killing, and a space of escape.

The broader book project—entitled Locusts of Power: Empire, Environment, and Borders in the Modern Middle East, 1858-1939—explores the shadow geography of the arid region known as the Jazira and the intricate choreography of humans and animals it structured in the late Ottoman Empire and after. Never a stand-alone Ottoman province or a post-Ottoman nation-state, the dry but fertile space haunted the edges of larger provincial or national entities, a coherent region in which locusts, nomads, and refugees moved. From the center (and from the numerous scholarly accounts that have adopted this perspective), these groups appeared marginal, but in fact they derived power from their presence on the margins, which they adeptly used to divide and rule, in a way, the Ottoman Empire. In this respect, the project troubles the focus of much scholarly and popular histories of the Middle East, which present World War I and the Sykes-Picot Agreement as emblematic of the emergence of borders—and, it is often implied, today’s problems—tout court. Locusts of Power suggests how Ottoman bureaucrats, nomads, and locusts alike had used provincial borders before Sykes-Picot to carve out power on the edge, and moreover how after Sykes-Picot it was not simply the lines on the map that changed the region but rather a shifting political economy of sedentary agriculture. The book manuscript concludes with an epilogue connecting the challenges of managing this space in the past with its status today, as it remains among the poorest yet most agriculturally productive regions of the borderlands stretching between Iraq, Syria, and Turkey. It was only several years after the collapse of intensive agriculture in the region in 2008 thanks to catastrophic drought and subsidy cuts to fuel and fertilizers that ISIS swooped in, uniting a large swath of Iraq and Syria that had long fit uncomfortably with both Ottoman provinces and post-Ottoman nation-states. The project thus reconceives of the empire-to-nation story in the Middle East through the entangled motion of nomads, refugees, and locusts as a way of revealing a longer history of agrarian development, state violence, and popular resistance. Taking borders as an object of study rather than an unquestioned container of history, I suggest how a changing vision of what it meant to be human underpinned the emergence of distinct Iraqi, Syrian, and Turkish territories in this space.

Samuel Dolbee is a Fellow at the Program in Agrarian Studies at Yale. He was previously at Harvard University’s Mahindra Humanities Center and Brandeis University’s Crown Center for Middle East Studies. He completed his PhD in 2017 at New York University in History and Middle Eastern & Islamic Studies.

This event is part of the Yale Environmental History Fall 2019 Workshop Series.