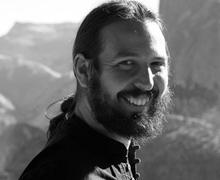 Reclamation grew from a vision of social transformation, that extending agricultural lands in the desert West would at once provide a foundation for stable western settlement and an outlet for the densely-packed urban poor. Under the terms of the Reclamation Act of 1902, farmers benefitting from public infrastructure were limited to 160 acres, supposedly ensuring that public investments would go to small-scale family farms. “Home-making” became the mantra of the early Reclamation Service, providing its ideological core. The mandate to transform arid lands into garden landscapes required environmental engineering and made Reclamation engineers leaders in concrete application and design. In a little over a decade after its creation, the Reclamation Service built or initiated many of the early century’s most impressive dams. By the end of World War I, water flowed through over ten thousand miles of irrigation canals, including hundreds of concrete mainlines, to irrigate upwards of 3.1 million acres of desert lands, enough to support about 60,000 farms. But extensive infrastructure and a series of political compromises left the Reclamation Service unable to recoup enormous project costs and largely unwilling to enforce acreage limits. Federal reclamation became a political fiasco that fell into disrepute by the 1910s. Farmers commonly blamed construction expenses, and stigmatized concrete construction as overbuilt and unnecessary, in their arguments for renegotiating the terms of payment. The engineering achievement of Boulder Dam in the early 1930s resuscitated a failed agency and granted it new life. But Reclamation’s original home-making ideal gave way to a new mandate of regional economic development based on large-scale hydropower production and factory farming.

Gabriel Lee is the Cassius Marcellus Clay Postdoctoral Fellow in United States Environmental History at Yale. He specializes in US environmental history, particularly after the onset of the industrial revolution. His current book project, entitled Concrete Dreams: The Second Nature of American Progressivism, examines the many purposes to which Americans put Portland cement concrete over the first half of the twentieth century. By the end of the century, these varied programs—highways, structural architecture, and the control of water—made concrete the most common human-made material on earth. His study is, like its subject, a conglomerate: it integrates environmental history, the history of technology, social history, the history of labor, and political economy to tell a new narrative of American progressivism that centers on the built environment as a mode of reform politics.

This event is part of the Yale Environmental History Fall 2019 Workshop Series.