Home » Breaking the Earth: The History of Nuclear Fracking

Breaking the Earth: The History of Nuclear Fracking 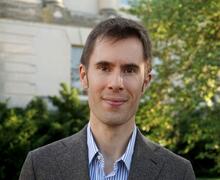 In this Colloquium, Victor McFarland, Associate Professor of History at University of Missouri, will present research currently underway for his latest book project, “Breaking the Earth: A History of Nuclear  Fracking”. The online event will begin with a presentation by Dr. McFarland, which will be followed by a Q&A and time for discussion.

Presentation abstract: In the late 1960s and early 1970s, the U.S. Atomic Energy Commission (AEC) planned to use nuclear explosives to release natural gas by shattering underground layers of shale and sandstone. Oil and gas companies now access such formations by using hydraulic fracturing, or “fracking” – injecting a high-pressure mixture of water and chemicals into the rock. Half a century ago, such techniques had not yet been perfected. Instead, the AEC hoped to achieve the same result with repurposed nuclear weapons thousands of feet beneath the Earth’s surface. The AEC carried out three live tests in partnership with private oil and gas companies. They were intended to pave the way for the commercial deployment of nuclear fracking on a vast scale across the Intermountain West. The project provoked fierce resistance by local environmentalists and other critics near the test sites in New Mexico, Colorado, and Wyoming, and was abandoned after 1973. This presentation, based on my current book project Breaking the Earth, examines the history of nuclear fracking and places it in the larger context of energy development in the United States.

Presenter bio: Victor McFarland is an Associate Professor of History at the University of Missouri. He received his Ph.D. from Yale in 2014, and has served as a Fellow at Dartmouth College and Harvard University. Professor McFarland’s first book, Oil Powers: A History of the U.S.-Saudi Alliance, was published by Columbia University Press in 2020. His current research looks at twentieth-century U.S. energy and environmental history.