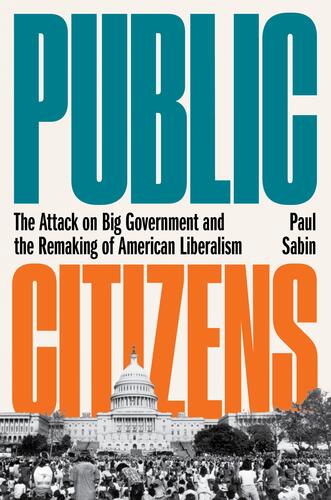 In the 1960s and 1970s, an insurgent attack on traditional liberalism took shape in America. It was built on new ideals of citizen advocacy and the public interest. Environmentalists, social critics, and consumer advocates like Rachel Carson, Jane Jacobs, and Ralph Nader crusaded against what they saw as a misguided and often corrupt government. Drawing energy from civil rights protests and opposition to the Vietnam War, the new citizens’ movement drew legions of followers and scored major victories. Citizen advocates disrupted government plans for urban highways and new hydroelectric dams and got Congress to pass tough legislation to protect clean air and clean water. They helped lead a revolution in safety that forced companies and governments to better protect consumers and workers from dangerous products and hazardous work conditions.

And yet, in the process, citizen advocates also helped to undermine big government liberalism—the powerful alliance between government, business, and labor that dominated the United States politically in the decades following the New Deal and World War II. Public interest advocates exposed that alliance’s secret bargains and unintended consequences. They showed how government power often was used to advance private interests rather than restrain them. In the process of attacking government for its failings and its dangers, the public interest movement struggled to replace traditional liberalism with a new approach to governing. The citizen critique of government power instead helped clear the way for their antagonists: Reagan-era conservatives seeking to slash regulations and enrich corporations.

Public Citizens traces the history of the public interest movement and explores its tangled legacy, showing the ways in which American liberalism has been at war with itself. The book forces us to reckon with the challenges of regaining our faith in government’s ability to advance the common good.